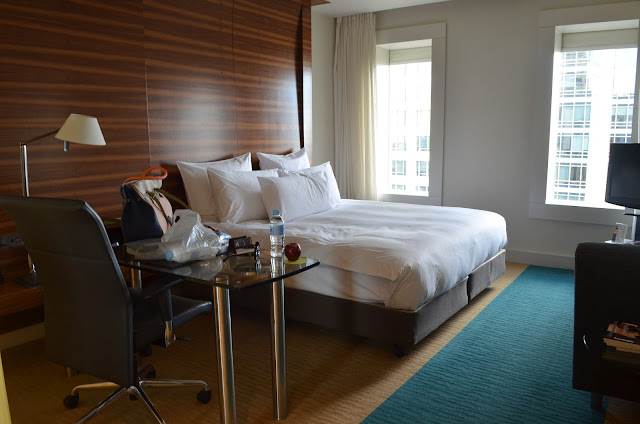 After many trips to Sydney and many different apartments and hotels, we have finally found one that we really love, the Hilton Sydney. As a Hilton Honours member, I tend to choose Hiltons when I can because of their reasonable rates, for a five star hotel that is, and their locations. This particular Hilton is extremely well located having two entrances, one on George Street and one on Pitt Street and is only one block away from Pitt Street Mall. Being the avid shoppers we are, this is the perfect location for us as we can easily access all the high end shops in Westfield Sydney and all the chain shops in the Myer side of the mall as well from the Pitt Street exit. From the George Street exit, it is a short stroll across the bridge to Darling Harbour or a free shuttle bus ride to Circular Quay. It is also close to train stations and buses which can take you to every other part of Sydney if you need to go there.

The Hilton foyer is shared with an commercial office foyer but is separated by a discreet screen to ensure that the Hilton foyer remains as elegant as possible. We loved the bright, natural light that filled the high ceiling-ed foyer and appreciated the warm smiles of the front-desk staff. The foyer also features an extremely popular coffee shop which was buzzing with customers at all times of the day when we passed. Enn tried a skinny cappucino and said it was pretty good. After being greeted we were offered a complimentary upgrade to a King Deluxe Room and were given a room on level 43, the highest level in the hotel. The room was not ready until the 3 O'clock check-in time and therefore we spent most of the morning exploring Sydney.

The room was a decent size and of true Hilton minimalist but cool design. I prefer modern hotels to more grand, olden style hotels as they always creep me out so Hilton Sydney was definitely a winner for me. We were provided with a complimentary bottle of water, but only one which was not appropriate when we had booked for two, and one complimentary red apple, which was an interesting touch for a hotel which I had not encountered before. The bathroom was small but featured a separate bath and shower, which I always prefer in a hotel and luxury Peter Thomas Roth bathroom amenities.

We also managed to try the famous buffet breakfast at the Glass Brasserie. Unfortunately, I had been extremely sick in the week leading up to the trip so I did not have the energy to take my usual stealthy photos! After reading so many great reviews about the breakfast I had extremely high expectations, which were not initially met. I think the buffet was very good for Australian standards but compared to its five star Asian counterparts, the breakfast did not meet with my expectations. Coupled with my weird tastebuds, lack of appetite from my illness and enn's inability to ever eat anything more than one plate at any meal, I think that the breakfast missed the mark. But I'm willing to try it again, if not for the beautiful bar alone. 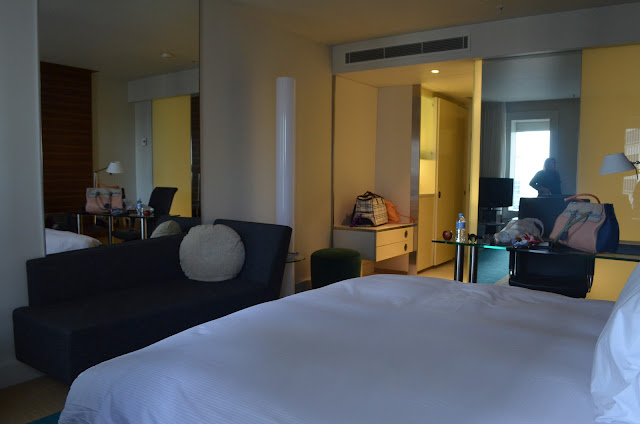